This week I've been in Cambridge, MA to talk about Microsoft's IoT solutions: Intelligent Systems Services, Project Reykjavik, and Nitrogen. It was an excellent conference, wrapping up Wednesday with a demo event where everyone had a chance to show off their interesting projects and tools.

Thursday I spent at the Microsoft offices right around the corner from the IoT conference with a startup named WallFlower. WallFlower is a part of the Microsoft Ventures Startup Accelerator in Redmond, but they're headquartered in Cambridge.

Through a series of meetings and discussions I was able to introduce them to an old collaborator of mine Kurt Keville and a company I had not known about until this week: DogHunter, LLC, manufacturers of beautifully designed embedded/embedable hardware that runs their OpenWRT based distribution referred to as Linino.

Whether WallFlower and DogHunter find any common implementation projects, it's pretty clear to me they are both going to do some very interesting things in the very near future. I look forward to visting them again soon. 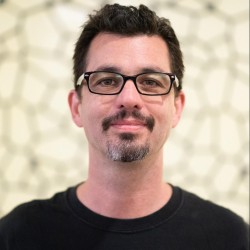